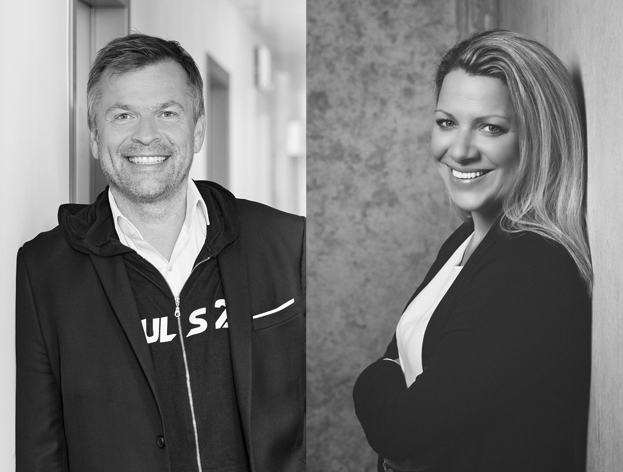 CEO of ProSiebenSat.1 PULS 4 – the Austria-based subsidiary of ProSiebenSat.1 Media SE – has led this company since its establishment in 1998. It is now the No. 1 private TV broadcaster in Austria. Together with Nina Kaiser, he also co-founded the 4GAMECHANGERS Festival in 2015. In 2018 he launched the 24/7-news channel “PULS 24” and together with Corinna Milborn he published the bestseller ‘Change the Game’. Markus made significant investments into new digital formats, such as the award-winning ‘2 Minutes 2 Million – The PULS 4 start-up show’, as well as trailblazing digital platforms / streaming products such as ‘ZAPPN’. He was awarded with ‘Communicator of the Year’ and was ‘Media Manager of the Year’ by the Austrian Chapter of the International Advertising Association (IAA) in several years.

Member of the Management Board of ProSiebenSat.1 PULS 4 and Co-Founder of the 4GAMECHANGERS Festival graduated from the Vienna University of Economics and Business and began her career in 1996 at the PR agency Scholdan & Company. After six years in key account management for investor relations, she moved to ProSiebenSat.1 PULS 4, where she managed the marketing, PR and on-air promotion units for almost 13 years. In 2015 she launched Starwatch Austria – the music and entertainment unit – and co-founded the 4GAMECHANGERS Festival together with Markus. Since then, Nina has been responsible for the 4GAMECHANGERS unit and the annual 4Gamechangers Festival. She owes her success as a trendsetter and innovator in part to her ability to constantly reinvent herself and think outside the box. "We have always done it this way" is not an option for her. The idea for the festival emerged during Nina's maternity leave. With the 4GAMECHANGERS Festival, she wants to encourage the next generation as well as the established leaders. The empowerment of young talents and women has always been a concern of hers. She is a member in several initiatives such as Club Alpha, Inspiring 50ties, ÖAG, GASBA, CEOs For Future and many more.